The Secret to Ending Your Procrastination Habit 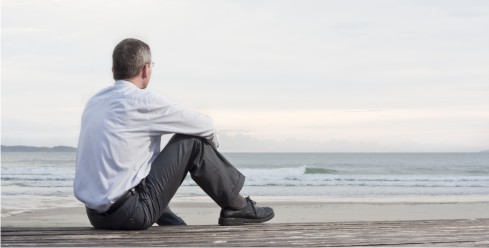 The Secret to Ending Your Procrastination Habit

Setting goals or agreeing to tasks can be simple enough. “I’d like to learn German!” “Let’s start that new campaign!” or “I want to shed a few pounds!” are all types of phrases we declare with either lofty or weighty commitment. No matter how well intentioned we are with our goals, many of us suffer the wrath of the dreaded goal-killing monster who goes by the name procrastination.

Numerous writers, psychologists and the otherwise enlightened argue that the root cause of procrastination is a simple problem of priority. You haven’t prioritized your goal, and therefore other things will always become more important and demanding of your time. Once you set goals and place them on a definitive timeline – they will have a greater chance of being realized.

And they’re right! Study after study shows that the simple act of writing down a goal greatly increases the likelihood of your making this goal a reality. But may I propose that there is yet another, far more deep-seated and challenging beast of a root cause that is the catalyst of our procrastination habit…

The deep and cavernous abyss that is the unknown can terrify even the bravest of achievers. The unknown’s arms stretch far and wide, from unfamiliar social situations to obscure new skills you desire to command. The problem with the unknown is that it’s filled with these goal-killing questions that plague us all:

What if I’m not good at this?

What if I can’t learn it quickly?

What if my loved ones see me struggle? Will they lose respect for me?

What if people see be vulnerable?

Or the very worst question…

What if I fail?

Let me tell you a story about a young woman I know who had a goal. She deeply wanted to become a professional musician, but was deathly afraid of playing in public. She would practice constantly at home and had no problem singing loudly in the non-confrontive space that was her living room. But she never played for her friends. Her music was only heard by her and her guitar.

One holiday season a close friend of hers had just opened a coffee shop and wanted to have live music on Friday afternoons. The coffee shop owner knew of her goal and asked if she wouldn’t mind playing a few holiday songs. “It’s a new shop, I doubt anyone would even come,” he coaxed his frightened friend.

“I guess I should try,” she obliged, excited to use her skill in a space as similarly safe as her living room. He had a point – how many people could be there at a brand new coffee shop?

The day came and the coffee house was packed. She panicked at the door, turned quickly on her heel and almost made it out unnoticed. To her dismay she was spotted and only had a few minutes to set up before she had to go on the small intimate stage. She couldn’t think of a worse situation.

As the lights brightened her tongue stuck in her throat. Every chord, note, and lyric fell immediately out of her head. The coffee shop was still a buzz, however some had taken notice of the woman sitting alone on the small stage next to the emblazoned fireplace.

A full minute passed. Then two. The tears were welling up in her eyes and her throat tightened in an attempt to hold back a sudden gasping sob.

Then out of the corner, a familiar voice shouted, “Play Feliz Navidad!” It was her sister, who knew this was the easiest song and required minimal vocal variety. “C’mon! I wanna hear Feliz Navidad!” she beckoned once more.

The chords came to her. She placed her hands on the familiar G and her fingers remembered the rest. As she began to strum a few chords, the crowd began to sway to the happy tune. When it was time for lyrics, they broke out in song along with her. Verse after verse continued as the crowd clapped in unison, enjoying themselves and the holiday spirit while simultaneously cheering her on.

When she told me this story, I was thrilled. She told me she stepped off stage after that song because her fear overwhelmed her – but she felt empowered because did it. The important part was that she took that first step, overcame the unknown and stopped procrastinating. She can now take steps to address her problem with being in front of the public because she knows what it looks like to face it.

The point is, procrastination is not just about stalling to do something. It is a symptom of fear driven triggers like being overwhelmed, uncertain about a task ahead, and/or feelings of inadequacy.

The thing you’re avoiding may not be something as daunting as playing music for the first time in front of strangers. It could be a task you do all the time, but you avoid it and procrastinate anyway. Why would you do that if it’s something known and familiar?

It’s because every new task has a bit of unknown to it. Many of us procrastinate on doing our taxes even though we’ve done it for decades, leaving very few  unknowns. Yet there are still some uncertainties that are just enough to hold you back. For example my teacher friends have a hard time bringing themselves to grade when it’s the end of the semester. Every time. Even though they’ve spent many semesters grading, the unknown lurks in pockets of uncertainty such as how much time they will have to spend on those hundreds of papers, or wondering just how bad this batch of papers are going to be this time.

The way to defeat procrastination for good is to understand its root in fear and the unknown. Having the courage to face the unknown will empower you to overcome procrastination and accomplish your tasks and goals on time – or even ahead of schedule!

Procrastination doesn’t have to be a way of life. Getting ahead and staying ahead is all about understanding that the unknown is nothing to be afraid of. If you need a little help facing that fear and unknown, that’s what I help people with every day.